As a skilled communications professional with experience in the fast-paced political arena and state government, Grissom specializes in helping clients develop and execute strategic communications and public affairs campaigns.

Grissom joins Bascom Communications after working as a senior account manager at an international public relations firm, where she advised a diverse set of clients on legislative initiatives, litigation communications, crisis management and executive thought leadership.

From 2012 to 2016, Grissom served as communications director for the Majority Office in the Florida House of Representatives where she was the spokesperson for the Majority Leader, managed media for the leadership team and advised more than 80 Republican lawmakers on proactive messaging and issue management.

Prior to her role in the Florida House, Grissom was press secretary for the Republican Party of Florida where she coordinated media efforts and served as the party’s spokesperson throughout the 2012 election cycle, including major events such as Presidency 5, two nationally televised Republican Primary debates in Florida and the Republican National Convention in Tampa.

Grissom was included in Influence Magazine’s 2016 class of Rising Stars in the governmental affairs industry. In 2014, she was also named a “30 Under 30 Rising Star in Florida Politics” by SaintPetersBlog.com. 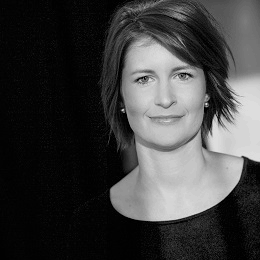